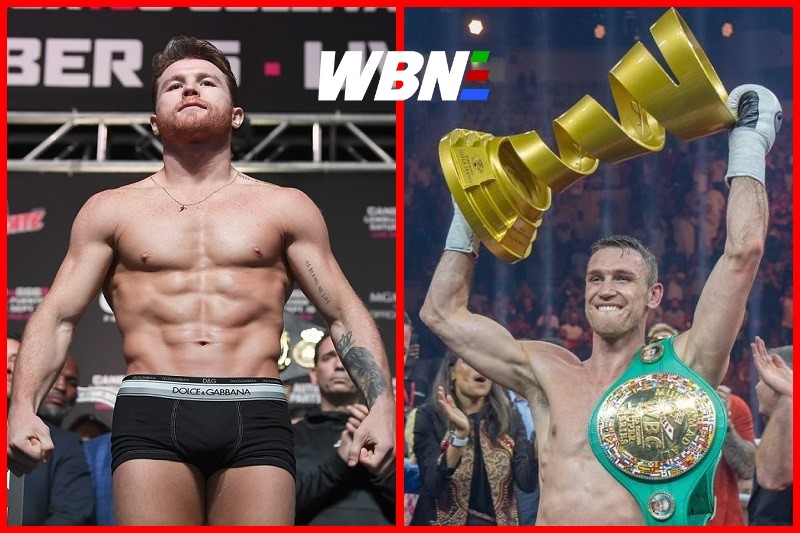 Three Super Middleweight belts will be on the line on December 19th.

Saul ‘Canelo’ Alvarez takes on a short-notice fight against Callum Smith and some are calling it the most important fight in the last couple of years. DANZ has billed the event, The Best vs. The Best.

The boxing odds on the best online sportsbooks originally opened with Canelo as a massive -750 favorite. But since then, the price has been bet down some. Canelo is now a sizable -575 at sites like Bookmaker.eu. So, if you like Canelo to win, this is good news for you because you’ll be paying $575 for every $100 you want to win instead of $750 paper $100. On the flip side, You can still get Callum Smith for +435, meaning that for each $100 you risk, you would win $435 if Callum Smith gets the victory.

Still Not the Pound for Pound No. 1

I don’t know how much this will play into this fight, but I think Canelo will have a bit of a chip on his shoulder now that Vasyl Lomachenko took a defeat and Canelo didn’t get the nod. No. 2 is not No. 1, and he’ll be heading into the ring against Callum Smith to try and prove to the world that he is the No. 1 pound-for-pound fighter in the world.

One thing we tend to forget is just how much experience Canelo has. He’s just 30 years old but has 56 professional fights under his belt already. His record stands 53-1-2, with that solitary defeat coming at the hands of the point master, Floyd Mayweather Jr. His last fight was a significant step up in weight, and he knocked the bigger fighter out. I should also note that it isn’t like it was a tune-up fight or catch-weight. Canelo went up in weight class and fought the veteran Sergey Kovalev and put the significantly larger fighter down. This showcased how truly powerful Canelo is. We’ve seen him get multiple body shot knockouts on opponents, but it brings things into perspective when you see him knock out a walking heavyweight.

Smith, on the other hand, is 27-0. He’s considered by many to be the best Super Middleweight at the moment. He’s much bigger than your average middleweight or super middleweight, standing at 6’3” with a 78-inch reach. That’s almost a full 8” of reach advantage over Canelo. Some might think that Canelo’s most recent fight will have prepared him for this, but I don’t think so. Sergey Kovalev stands 6’0 tall with a 72.44-inch reach. Callum Smith is a full three inches taller and has nearly 6 inches of reach on even the light-heavyweight. At 5-foot-8, Canelo will have to change up his plan of attack because counterpunching may not get it done against such a tall and lengthy fighter.

The one thing I see as problematic for Callum is body shots. At 6’3 and 168 pounds, he doesn’t have much flesh to absorb hard shots to the midsection, and if there is one thing we know about Canelo, it is that he loves to pummel his opponent’s ribs with devastating left hooks to the body. It might not be as big of a deal if Callum was walking around at 170 or 175, but he has to cut weight hard to get down to 168 each fight. Obviously, he feels comfortable at that weight and get’s to come back up a few pounds after weight-ins. But still, shedding that much weight around the middle leaves his liver exposed to Alvarez’s left hand.

If Canelo works his way inside and starts to work on Smith’s body, the fight could end before the bell rings after the 12th round. If you are wondering, the OVER/UNDER is currently sitting at 9.5 rounds.

I believe that Callum Smith has a legitimate chance of winning this fight. But I don’t think he can go the distance with Canelo. Canelo will systematically work to chop him down like a tree. The body shots, even if it isn’t a knock outshot, will take their toll. He has to hurt Canelo by the middle rounds (six to nine) to win this fight.

Boxing in Luxembourg & Belgium – HOW TO WATCH + RUNNING ORDERS