Caoimhín Agyarko [10(7)-0] will continue his climb up through the ranks with a notable step-up next month.

The Belfast middleweight boxes on the Leigh Wood v Mick Conlan undercard in Nottingham on March 12th and is close to announcing his next foe.

Agyarko made his debut under the Matchroom banner back in December, stopping Noe Larios in the ninth round to win the WBA International title which he will put on the line at the Motorpoint Arena – against a recognisable name.

The 25-year-old told iFL TV yesterday that “I just got offered an opponent yesterday which I accepted, which my coach accepted, and which my management accepted. I’m not going to name any names because it hasn’t been announced and isn’t 100% confirmed yet but he’s a former five-time world champion.”

“It will be a massive fight for me, a massive step-up for me, and hopefully it brings the best out of me.”

Nightmare to match this fella 😂.

Nearly there and he will have news for everyone very soon.

To venture into speculation, going by Agyarko’s words, a subsequent clarification on Twitter last night, and manager Ready’s tweet, it would appear that the opponent in question is Hassan N’Dam N’Jikam [38(21)-6(3)].

The Cameroonian veteran operated at the top level throughout the 2010s, holding a WBO title at middleweight as well as challenging for further World belts at both middle and super middleweight.

N’Dam won WBA and WBO Interim trinkets before being elevated to WBO full champion after the stripping of Dmitry Pirog. He lost this belt in his first defence versus Peter Quillin before losing a IBF vacant title clash David Lemieux – fights in which he won many rounds but saw scorecards skewed by multiple knockdowns.

‘Phenomeno’ won another interim belt then with a sensational stoppage of Alfonso Blanco before upsetting Ryota Murata in Japan for the WBA regular title – which he would lose in an immediate rematch.

On his last visit to British shores, on the Warrington-Frampton undercard in 2018, N’Dam defeated Martin Murray but has lost his three notable fights since then – first being stopped in three when challenging for Callum Smith’s super middleweight title before going the distance in Russia versus Fedor Chudinov. Most recently, in Vegas in November, he was stopped in the eighth round by Kazakh Zhanibek Alimkhanuly – who will soon challenge for the WBO middleweight title.

The African is well-known to Irish fans having edged out Andy Lee at the 2004 Athens Olympics as well as outpointing Anto Fitzgerald in Spain in 2013. He was also the best-known pro to compete at the 2016 Rio Olympics amidst much consternation and debate. 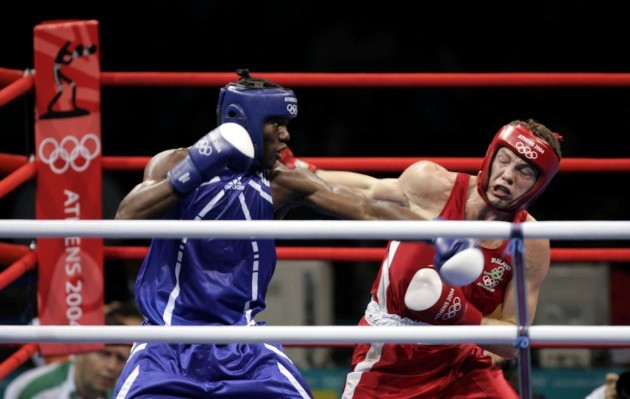 38 this month, the Monaco-based fighter is no doubt past his prime but still would still represent a sizeable step-up for Agyarko whose best wins to-date have been versus Larios and Jez Smith.

Indeed, for N’Dam, his Irish opponent is without doubt the most inexperienced fighter he has taken on from the away corner and he may sense an upset.

Should the fight be confirmed it would be another strong addition to a bill with plenty of Irish interest – with Conlan in the headline bout and Gary Cully also taking a huge step-up versus former world champion Miguel Vazquez.

Luke Keeler: I am as much a middleweight prospect as Quigley or Cummings