Mike Perez [23(15)-3(1)-1] revealed he hasn’t agreed to fight in Russia later this month and has hit out at promoters trying to use his name to sell fights.

It was this week claimed that the Cork Cuban would box  Russian top prospect Aleksei Egorov at the KRK in Ekateringburg on Sunday June 16th and that the fight would be available to watch in Ireland live on BoxNation.

However, the Caribbean former heavyweight took to social media to reveal that he hadn’t agreed to fight the 25 year old prospect.

Perez suggests seeing his picture of fight posters or name beside prospects is nothing new, accusing promoters of using his name in a bid to publicize the card before then falsely claiming he pulled out last minute to a fight he never agree to.

Indeed in this case he revealed he never even heard of a potential fight with the Russian never mind agreed to it.

“The only fight I heard and agree to was the MAKABU fight and he pull out with a supposedly injury after that I never hear or talk to no one. For long time promoters [have] been making fights with my name with out talking to me. Then [they] say Oww MIKE PEREZ pulled out.  Whoever is making this kind of shit [up] stop making me look bad. I never say no to a fight unless the time to get ready is to short or the money isn’t good.”

Perez was due to box Ilunga Makabu [24(23)-2(2)] for the WBC Silver title next Saturday [June 8th] in Kinshasha, Congo. This was a rescheduled date after the Congolese puncher, who lost to Tony Bellew for the WBC belt back in 2018, pulled out of a Saturday May 4th fight following an injury.

Perez had stepped in to take on Makabu following the withdrawals of Dmitry Kudryashov and Nigerian gatekeeper Olanrewaju Durodola, but now the former world champion will fight Russian banger Kudryashov this this month.

It was reported Perez would box Egorov [8(6)-0] in the chief support, but he rubbished those claims today.

Perez is currently ranked #10 with the WBC following his Caribbean title win over Keith Tapia last time out. 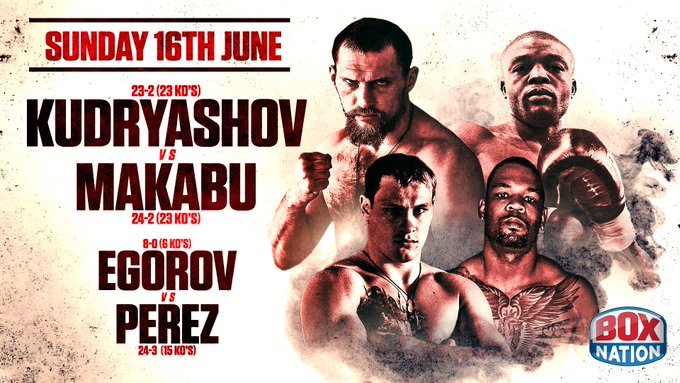 Irish-boxing.com contributor for 15 years and editor for the past decade. Have been covering boxing for over 16 years and writing about sport for a living for 19 years. Former Assistant Sports editor for the Gazette News Paper Group and former Tallaght Voice Sports Editor. Have had work published in publications around the world when working as a freelance journalist. Also co-founder of Junior Sports Media and Leinster Rugby PRO of the Year winner. email: editoririshboxing@gmail.com

Darryl Moran – “I was just a wee bit stronger”