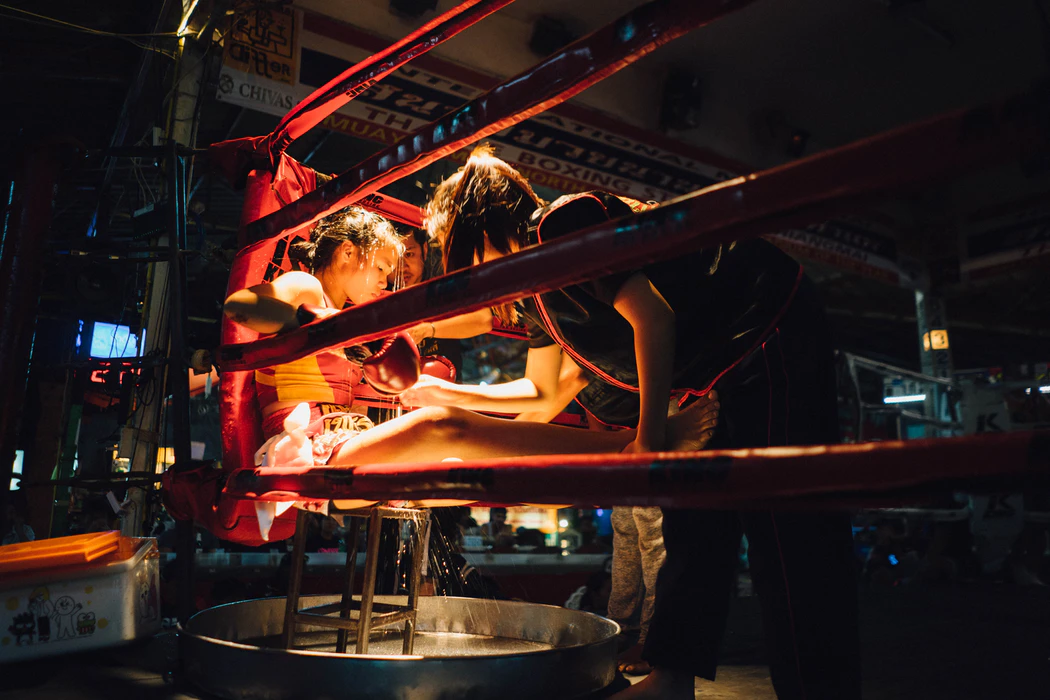 In the past, combat sports were mostly for male athletes. Although existent, female warriors are almost unheard of in ancient civilizations. Fast forward to our world today; women are now getting their fair share of everything, combat sports included.

MMA or mixed martial arts is a discipline that requires more focus and attention. MMA combines many fundamentals from boxing, muay Thai, jiu-jitsu, etc., and rolls them into one refined art. Back then, the idea of having women do MMA was considered outlandish.

Today, matches between women can be considered as the main events of fight cards. The interest that these women generate can shatter expectations. The rise of women in MMA is inevitable. With that said, let’s take a look at the female champions from the world’s premier MMA promotion, the UFC:

Rose “Thug” Namajunas shocked the world again by defeating one of the best female fighters in Zhang Weili. Most fight experts had the fight going to Zhang, with Namajunas being the underdog.

However, at UFC 261, Namajunas threw an amazing kick that landed square on Zhang’s jaw. The kick immediately knocked down the champion. Thug Rose swept in and delivered finishing blows that would ultimately allow her to recapture the Strawweight title.

With that victory, this makes Rose Namajunas the first woman to recapture her title after being defeated. She has a record of 10 wins and four losses. Most of her wins have come from submission. Although her total number of fights is low, don’t be fooled. All her fights were against solid fighters. Thug Rose has two victories over Joanna Jędrzejczyk and one against Jéssica Andrade.

However, in the Strawweight division, Thug Rose has to work harder to keep the belt longer. This division is stacked with former champions gunning for her, such as #2 Joanna Jedrzejczyk and Carla Esparza. Before that, Namajunas has to make it out of a rematch against the former champ, Zhang Weili. If you want the latest UFC and MMA rumors, you can go visit FanDuel.

Known for her excellent striking, Valentina “Bullet” Shevchenko is the UFC’s Flyweight division queen. She won the belt from a hard-nosed, former champion, Joanna Jędrzejczyk. Bullet has not lost a fight since 2018 and has been on a tear in the division. Her latest victory was against Jéssica Andrade at UFC 261.

Shevchenko won the fight via TKO due to elbows. Even before the takedown that enabled her to land those blows, Shevchenko was dominating the match. Perfect accuracy, stiff shots, and impenetrable takedown defense were the reasons why she outclassed Andrade. The champ is currently on a 7-fight win streak with a record of 21 wins and three losses.

With the Flyweight division being thin, Valentina Shevchenko is seemingly running out of opponents. Although not as stacked as the other divisions, the Women’s Flyweight division has standout fighters in #1 Jéssica Andrade, #2 Katlyn Chookagian, and #3 Lauren Murphy.

Ferocious is the word that perfectly describes Amanda “The Lioness” Nunes. She’s the current champion in the UFC’s Women’s Bantamweight division. This division is the most stacked in the women’s weight classes as it is full of legit contenders. Fighters such as knockout artist Holly Holm, kickboxing specialist Germaine de Randamie, and submission expert Meisha Tate call this the Bantamweight division their home.

Since knocking out Shayna Baszler way back in 2015, Nunes has not lost a fight. Perhaps one of her most memorable victories in the octagon was her brutal knockout of Ronda Rousey. At UFC 207, fight experts had expected Rousey to use her wrestling to subdue the striker Nunes.

Unexpectedly, Rousey decided to trade blows with the Lioness, which ultimately spelled her doom. In the very first round, Nunes remained unscathed as she dealt blow by blow to a seemingly lost Rousey. The referee ultimately called off the fight in favor of the Lioness. This fight was the start of Rousey’s decline, leading to her early retirement from the UFC.

Nunes ran through the division from that big victory, even taking on legendary fighters such as Cyborg, Holly Holm, and Valentina Schevchenko. Nunes’ record is 21 wins and four losses. Almost all of her wins come from knockout with 13 KO’s and four wins by submissions.

Yes, you read it right. Amanda Nunes is the only woman in the UFC to hold two titles at the same time. She’s also the third simultaneous two-division champion in the UFC. In this division, she won the Featherweight title against a Brazilian legend, Cristiane “Cyborg” Justino Venâncio.

With her most recent win against Felicia Spencer and Megan Anderson, Amanda “The Lioness” Nunes has effectively cleaned out the UFC’s Women’s Featherweight division.

Female fighters are taking the MMA world by storm. Female champions such as Amanda Nunes have been considered part of the top pound-for-pound fighters globally, regardless of gender. Although women’s MMA fights aren’t dominating like men’s matches, they’re here to stay, and they are just as exciting. Above are the queens of the UFC women’s divisions. These champions are the reason why people are loving women’s MMA.

Clash of the Irish! Conlan vs Doheny Preview

Boxing: Tyson Fury vs Anthony Joshua – Who will be crowned the heavyweight unified champion?